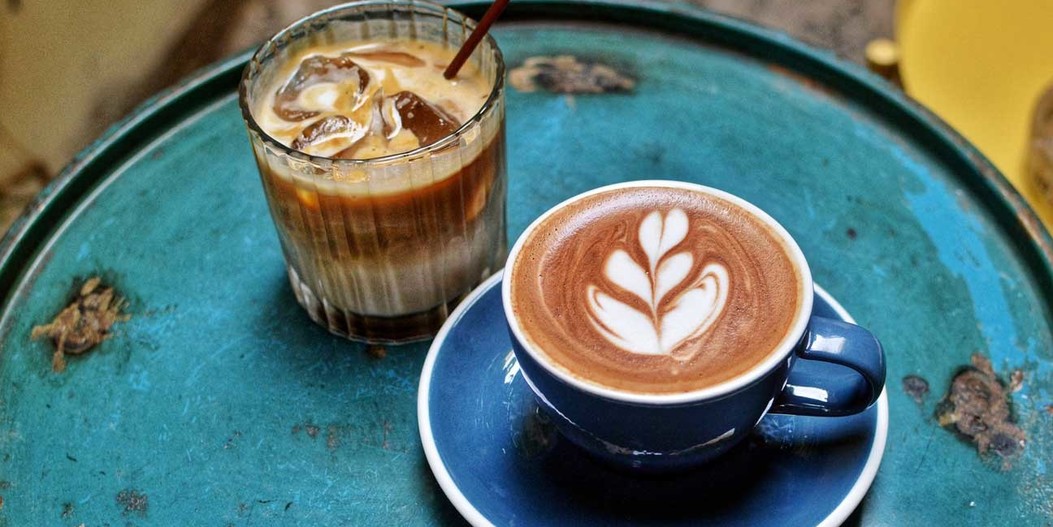 Hippocrates said, "Let food be thy medicine and medicine be thy food." Just about every nutrition-related professional I know has that quote displayed somewhere in their office, probably to convince reluctant patients that a really smart guy a really long time ago predicted that food could actually heal the body. When most people read this quote, they are envisioning lots of plants, lots of whole grains, and yes, what my patients call "cardboard" -- food that's good for our bodies but not our taste buds (taste buds can be trained, by the way, to enjoy foods you never thought you would). But I bet no one is envisioning a huge cup of Joe, are they? The fact is, due to its worldwide popularity, coffee is probably the greatest source of antioxidants in the global diet. And while having lots of it isn't recommended for everyone, for some of us, it may just be the superfood of the century. Here are nine reasons to start the day with this healing drink.

1) It may lower your risk of death.
We're all going to die eventually, but coffee appears to lengthen the "when" for individuals with certain chronic conditions such as heart disease and diabetes, according to a large 2012study. In fact, the study found that the more coffee (three or more cups a day), the lower the risk of death regardless of whether participants drank caffeinated or decaffeinated coffee. Findings were similar to another large study published in 2008.

2) It helps make your reproductive systems happy.
Guys, if you're looking for a drink to lower your risk of prostate cancer, and ladies lower your risk of endometrial cancer, then keep that coffee habit going! A 2011 study found that men consuming at least six or more cups a day reduced their risk of prostate cancer by 20 percent! Another study published in the Journal Cancer Epidemiology, Biomarkers and Prevention found that women who drank more than four cups of coffee a day had a 25 percent lower risk of endometrial cancer.

3) It can help lower your risk of developing Type 2 diabetes.
A 2012 study found that a compound in coffee actually helped to block a substance in the body called human islet amyloid polypeptide that may play a role in the development of diabetes. Further studies have demonstrated that caffeinated coffee consumption is linked to decreased diabetes risk as well.

4) It helps protect your brain.
Coffee drinkers are more likely to resist development of dementia and Alzheimer's later in life according to a 2009 study . Another study done on rats found that just the smell of coffee helped to reduce stress that was associated with loss of sleep. So, if you're smiling next time you roll out of bed and walk toward the coffee pot, there may be a reason why!

5) It could help you recover after colon surgery.
If you've ever had surgery, you know one big sign of recovery is the return of bowel function. One study found that coffee consumption helped to speed this recovery sign when compared to water drinkers.

6) It's great for your skin.
Drinking coffee may help you to ward off the most diagnosed form of skin cancer! A studying the journal Cancer Research that looked specifically at the caffeine in coffee demonstrated that coffee drinkers had a lower risk of developing basal cell carcinoma.

7) It may help to reduce your risk of oral cancer.
Although studies on coffee consumption and decreased risk of cancer are limited, a recent large study found that individuals who drank four or more cups of coffee a day had a 50 percent lower risk of death from oral cancers in a 25-year time frame.

8) It may help you strengthen your muscles -- and your DNA.
A study in the journal Cell Metabolism found that caffeine actually had a similar effect to our DNA molecules in our muscles as exercise (now, this does not mean you can stop exercising). The study looked specifically at DNA changes of muscles in sedentary individuals and found that positive effects from coffee were similar to effects derived from exercise. The most interesting factor in the study was the fact that these positive changes were seen rather quickly.

Earlier, I mentioned that consumption of loads of coffee is not recommended for everyone. While you may automatically think that patients with heart problems avoid the java, studies have actually been mixed. In fact, some studies actually show benefit of coffee consumption for heart patients. So who should lay off the beans? Individuals that are pregnant or going through IVF treatments should avoid consumption of coffee. Additionally, individuals struggling with insomnia or depression should also limit coffee intake. Last but not least, keep the coffee cup out of your children's hands and let them experience the wonders of coffee when they get older.