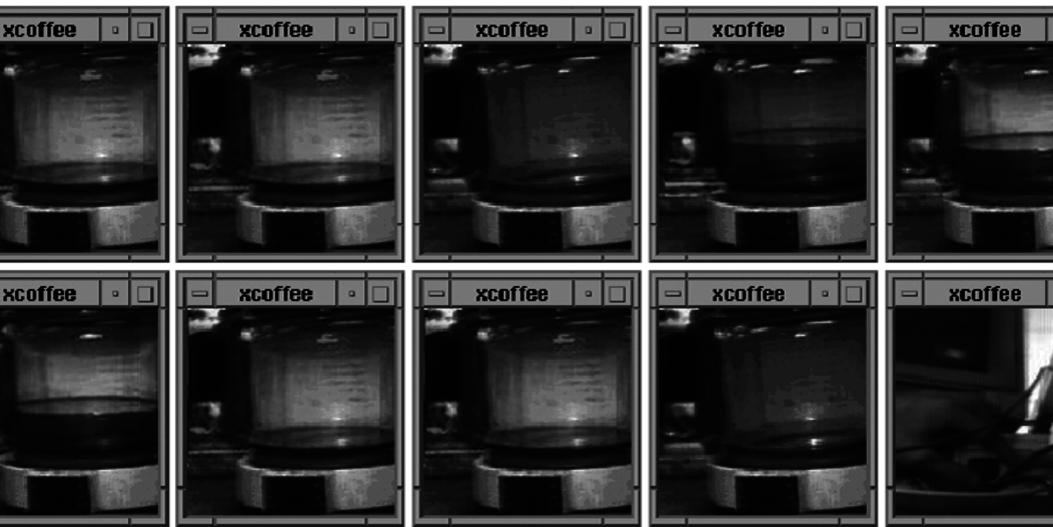 Descaler.co.uk
Expert
Did you know that the first webcam was invented at The University of Cambridge to let people know if the coffee pot was full or not? We give you the full story writen by Quentin Stafford- Fraser, one of the persons responsible for this great invention (and story):

Did you know that the first webcam was invented at The University of Cambridge to let people know if the coffee pot was full or not? We give you the full story writen by Quentin Stafford- Fraser, one of the persons responsible for this great invention (and story):

__
Several people have asked about the origins of the Trojan Room coffee pot. It started back in the dark days of 1991, when the World Wide Web was little more than a glint in CERN's eye. I was working on ATM networks in a part of the Computer Lab known as the Trojan Room, (a name which, perhaps, causes some amusement to American readers). There were about fifteen of us involved in related research and, being poor, impoverished academics, we only had one coffee filter machine between us, which lived in the corridor just outside the Trojan Room. However, being highly dedicated and hard-working academics, we got through a lot of coffee, and when a fresh pot was brewed, it often didn't last long.

Some members of the 'coffee club' lived in other parts of the building and had to navigate several flights of stairs to get to the coffee pot; a trip which often proved fruitless if the all-night hackers of the Trojan Room had got there first. This disruption to the progress of Computer Science research obviously caused us some distress, and so XCoffee was born.

In the Trojan Room there were several racks of simple computers used in the testing of our networks. One of these had a video frame-grabber attached and was not being used at the time. We fixed a camera to a retort stand, pointed it at the coffee machine in the corridor, and ran the wires under the floor to the frame-grabber in the Trojan Room. Paul Jardetzky (now working in California) then wrote a 'server' program, which ran on that machine and captured images of the pot every few seconds at various resolutions, and I wrote a 'client' program which everybody could run, which connected to the server and displayed an icon-sized image of the pot in the corner of the screen. The image was only updated about three times a minute, but that was fine because the pot filled rather slowly, and it was only greyscale, which was also fine, because so was the coffee.

This system only took us a day or so to construct but was rather more useful than anything else I wrote while working on networks. It also made a better topic of conversation at dinner parties than ATM protocols. The first published record of XCoffee came when Bob Metcalfe wrote about it in Comm Week on 27th January 1992 after visiting the lab, and inspired by this success, there was talk of other monitoring applications using low-frame-rate video. Systems such as XSandwichVan and XPrinterOutputTray were mooted, but the elderly frame grabber eventually gave up the ghost, Paul and I moved on to other things, and the Trojan Room coffee pot would have sunk into obscurity had not Daniel Gordon and Martyn Johnson resurrected the system, treated it to a new frame grabber, and made the images available on the World Wide Web. Since then, hundreds of thousands of people have looked at the coffee pot, making it undoubtedly the most famous in the world.

I don't think the coffee's any better, though.